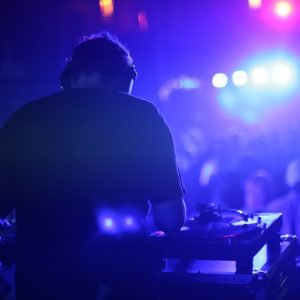 DJ DSK provided a superb funk, soul and jazz mix for 45 Day. Here he gives some tips and tricks for mastering 7″ vinyl mixes.

I thought I would share what plugins I use to do this and why. I would be interested for anyone else to chip in and let us know what they use and why. If anyone wants a video explanation I could also do one.

I record my mix live making sure there is no clipping in the file straight out the mixer into logic or into sound forge/audacity, then I export that file into logic. You could use Ableton, ozone or any DAW to put the plug in onto.

On the final stereo output I use the following plugins.

First, I make a low cut around 40-50hz depending on the EQ curve to get rid of the rumble and extreme sub bass from modern recordings. Every DAW has good EQ’s to do this. 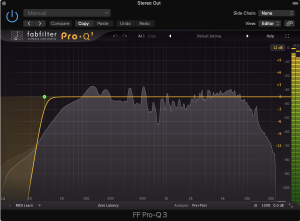 I go to the some of the quietest songs in the mix and using the limiter input get it so its peaking just under 0 around -1 or -2. I like to use the L2 plug in from Fabfilter but logic has a good adaptive limiter and Ableton also has a built-in isolator. Obviously don’t go to a quiet part in a song or breakdown but get the peak levels of the quietest songs. 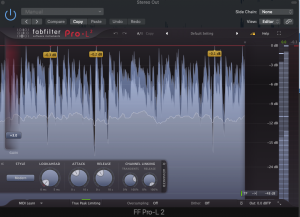 Now the mix is more level from the previous limiter I set up a 4-band low, low-mid, high-mid, and high multi compressor to control extreme frequencies.  I use this just to level out the styles a bit like if there is a heavy bassy hip-hop tune compared to an old record it will help do a touch of dynamic EQing on the fly and control the bass a little or the mid highs on a trebly recording etc. Ableton also has a built-in multiband dynamic. 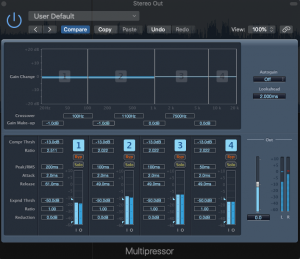 Just have this set very slight like pushing 1 or 2 db. Just to make sure there is no clipping and a touch of levelling. 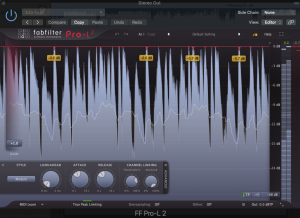 Automation to neaten up the mix

If you want to edit the mix levels a little you can draw in some volume automation as you can see here. Just start and end it where the song you need to edit for starts and finishes. 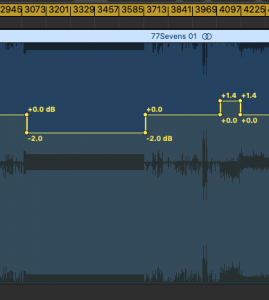 I have in the past put a real tiny reverb on the output that you can’t really hear but if hidden in there sometimes brings the mix out and gives it a live feeling. The reverb would have EQ so that the low and high extremes are taken out, I like to use the Reverb Designer in Logic as you can choose from many kinds of reverb from real life, like a jazz club, small room, plate reverbs etc.

Try not to go over the top on limiting your loud parts as they will distort and change in character. When you have levels that you are happy with flick through the louder songs and check that they have not been squashed too much. If your levels are hugely different from song to song you would be better doing some automation first before trying to use the plug ins mentioned. Trust your ears 🙂

Listen to DJ DSK’s mixes now:  and check out his releases: