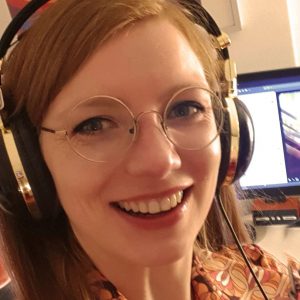 When and how did you first get into DJing and what do you love about 45s?

My love for the music from the 60s started when I was in my teens, but at the time it was mostly CDs, mp3s, compilations and samplers (Nuggets, Back From The Grave, and so on). I started collecting vinyl records in 2009 when by chance I got in touch with Alan Escombe, former bassist of the 60s beat group The Shake Spears, via myspace (yes, I am that old 😉 ). We had sort of an email-friendship for a couple of years, until he sadly passed away in 2015. I remember listening to their song “The Shake Spear” on my headphones in the crowded schoolbus in the mornings while everyone else was listening to Rihanna, Shakira and the like. So I guess I have always been different, I guess 🙂 And at the time I was determined: I HAD to get that song on vinyl! And I also had to get every record of the Shake Spears that had ever been released. It became sort of a mission, and today I have about 50 records from the Shake Spears and another 40 solo records from their former members in my collection (on various labels and from various countries). Fast forward until 2021, I own close to 3,000 vinyl and shellac records ranging from 1908 to today, the vast majority being from between the late 50s and the early 70s. I must take a rough guess here, but I’d say it’s 60% 45s and 40% LPs now.

In 2015 I moved to the town of Wuppertal, Germany, where I lived for two years. There is a wonderful little bar in walking distance of my flat at the time, the beatzundkekse (“beatz and cookies” – famous for the yummy cookies you can get there at 3 o’clock in the morning after dancing and drinking beer all night). The interior of that bar is like straight from 1973: everything’s orange / brown, the furniture is white and on tulip stands, psychedelic wallpapers, a space age time warp. I walked in there one night, and there was a beat and soul nighter going on. I approached the DJ – Axel aka “Der Grausige Fund” (roughly translates to “The Chilling Find”) – and I said: I have a lot of records, too, can I join you some day? And in autumn of 2015 I had my first DJ gig with Axel, which continued right until before the pandemic, with a soul and garage nighter once a month.

I think I first got involved with 45s when I discovered “non album tracks” that you could only obtain on 7″ if you insisted on having the original vinyl. I am not a big fan of concept albums or very long songs, so having lots of 45s with individual songs that you could easily switch between had been appealing to me from the start. Plus they had seemed somewhat exotic for me at the time because my parents only ever had had LPs (and as I kid I couldn’t image vinyl to come in any other format), so the first 45 I ever held in my hands had been the first one I bought myself. From when I started collecting vinyl it wasn’t long until I was deep down the rabbit hole of rare and expensive 45s, private pressings and such. I guess a lot of the groups that I have collected 45s of never even released an album. Apart from the fact that they are so much more useful for DJing than LPs, I just think there is more variety in 45s, more obscurities and rare stuff that is still out there to discover.

How do you go about sourcing records for your collection and researching artists and songs?

I used to be heavily influenced by 60s garage punk and psych compilations. I would compile playlists with my favourite tracks and google the songs and artists, then save a search for the corresponding record on ebay. Nowadays it’s almost exclusively discogs. I get my inspiration for new acquisitions mostly from facebook: either from posts of friends, mixtapes that people post, or record collector groups. Of course before the pandemic, when going to a party, there was also the opportunity to go to the DJ and ask them what song they had just been playing, take a picture of the record label, then check discogs and start crying because it’s a 600 quid record…. ;-

Your sets comprise Freakbeat, 60s garage and soul. What is it about these particular genres you enjoy and can you tell us a few artists we should check out.

The first artists from the 1960s that I started listening to as a teenager (after being exposed to the Beatles as a toddler way back) where the Yardbirds, Deep Purple, the Zombies, and the Small Faces. Especially the first two are important, because I started to research what the individual members had been doing / recording before being in these groups. That’s how I got into the 60s session work of Richie Blackmore, Jimmy Page and Jeff Beck, which opened the door not only to the body of work that Joe Meek left behind (and for that matter, also Shel Talmy) but a sheer universe of 1960s pop and psych that even today I feel I still only have scratched the surface of.

That way I discovered the vast library of 60s garage compilations I already mentioned, and I have been a die hard 60s garage fan ever since. I enjoy the roughness, the low-fi, feral, authentic sound of these recordings that contrasts the over-polished, over-produced, over-perfect sound of today’s popular music that has little originality to it I think.

Other than garage, I also enjoy 60s pop a lot, especially as I have been a Monkees fan since I was 6 or 7 years old when their TV show had a re-run in German television (and I had a crush on ALL of them, not just Davy 🙂 ). I just think their music is so happy, cheerful, and innocent (and before they had started writing songs themselves the music had been written and procuced by the most famous, skilled and prolific songwriters of the time – which I rather see as a sign of quality than a sign of “fakeness”). It helps me to get into a good mood. When I was a teen, the charts were full of tear jerking sad ballads, and I couldn’t use that sh*t, I just did not want to feel miserable (and as everyone knows puberty IS miserable). So instead of listening to Adele or Alicia Keys, I’d play “Pleasant Valley Sunday” or “Love is Only Sleeping” and be happy in my mind.

I only got into soul music really when I started DJing at the beatzundkekse, because that’s what the crowd demanded there and what Axel was playing. Since then I not only fell in love with soul music but also heavily increased it’s proportion in my collection. The last one or two years before the pandemic I attended more and more weekenders that were garage as well as soul oriented, and together with my boyfriend who (a musician himself) is an original soul man, danced until our feet were sore (we miss that so much!).Here are some of my favourite artists, in no particular order:
– The Creation (procuced by Shel Talmy, famous for his work with the Kinks)
– The End (produced by Bill Wyman of the Rolling Stones)
– The (Fabulous) Wailers (from Tacoma, Washington. NOT to be confused with Bob Marley’s Wailers!)
– Nick Waterhouse (a contemporary artist 🙂 but heavily influenced by the 60s)
– The Honeybus (sweet 60s pop, a guilty pleasure!)
– Heinz (from Joe Meek’s stable)
– Dave “Baby” Cortez (Gotta love early 60s organ sound)
– The Meters (Soul instrumentals, yeah!)
– and I think that Georgie Fame is wayyy underrated 🙂

Prior to lockdown what was the music scene like where you live in terms of music venues, DJ events and record shops?

I already mentioned the beatzundkekse, which is my home base really. Apart from that, I have DJed in several other venues, most notably the unbelievably cool Helgi’s in Hackney, London. One of the most important annual events of the beat and mod scene in Germany used to be the “Two Men From L.I.N.Z.” which used to take place on the weekend of whitsunday for almost 30 years I think. Unfortunately, due to covid, it was cancelled last year, and now the hotel where it took place has closed down forever, so in the future they will need to find a new venue for this amazing event (it’s like Brighton but for Germany 🙂 ). There are other big events each year in Hamburg and Munich, and recently also Berlin again, but of course they all had to pause to due to covid, too.

Until last year I used to attend the big record fair in Utrecht, Netherlands, at least once a year (it takes place in April and November each year normally). That’s were you spend 700 euros and come home with only 10 records 😉 It’s also a place where you meet with lots of likeminded people, many of them have become your friends over the years.

I don’t go to fleamarkets a lot, because if you’re after rare records, you have to get up VERY early (I’m a night owl and a late sleeper) and even then mostly you’ll only find “Schlager” and glam rock stuff, best-ofs and mold-covered reissues on thin vinyl from the 80s. Yuck – I am lazy so I prefer discogs 🙂

My daughter Zizi45 is one of your biggest fans and she has a few questions for you. Who are your favourite DJs, where did you buy your telephone headphone from, and do you have loads of records?

My telephone headphone indeed is from a fleamarket – I found it here in Münster were my boyfriend lives and I moved in with him last year after spending two years in Düsseldorf. I knew I wanted an orange telephone (because orange is my favourite colour!), and orange ones are the most sought after ones (more often you’ll find green and grey ones), so once I spotted one I just bought it even though I knew I’d throw away everything but the receiver 😉 But it was not my own idea to use a telephone instead of a headphone (now with all the livestreams going on I’ve seen quite a few actually), Axel my DJ friend from Wuppertal has used one for over 20 years, and I liked his so much I wanted to have my own 🙂

I have LOOOOADS of records, but I can never have enough! (Did I mention that I also have a collection of at least eight vintage telephones from the 40s and 60s? 🙂 Plus I have a collection of vintage gramophone needle tins, 1960s pottery animal figurines, vintage psychedelic record carrying cases, and.. oh I should stop now 🙂 ). My oldest record is a 10″ shellac record from 1908 that I bought in a thrift shop in Arkansas, apart from a 1903 Edison wax cylinder (if you count that as a record). I currently have 132 records in my discogs cart and around 1,700 on my wantlist, so there is really no end to it.. 🙂

It’s really hard to pick favourite DJs, as there are SO MANY great ones out there, and I really don’t want to offend anyone by not including them here – I appreciate all of you and your fantastic collections and sets. From the top of my head, here are my top three, in no particular order:
– Birgit aka Suzy Creamcheese (Pleasure Seekers Club) from Germany

– Jody aka John the Revelator / “Link Wray” from London

– and of course Axel aka “Der Grausige Fund” from Germany

It’s way easier to pick my number one fan: that’s Zizi45! So pleased that you enjoy my sets. I hope you will collect loads of records, too, and become a DJ as well. Looking forward to watching you spin, keep it up! 🙂