It has been a long time coming since I first heard about this release but finally I have a copy (doubles in fact) of this excellent 45 in my hands. 45s come in all styles and genres including many re-issues, re-edits and remixes. In my opinion this release is something quite unique and it has a great back story as well. I will let DJ DSK take over from here to explain how this almost didn’t get released and the issues he has had to overcome to get to this point.

After first hearing the track at my friend’s house, Kris Ariel (the son of Robert Torres) in China, Kunming, I took a very rough rip of the cassette with me as an mp3. I was in the middle of relocating back to the UK for a few years after living in Kunming, China and Asia for over 20 years. Kris is originally from the USA but he has also lived in China most of his life. I kept in contact with Kris discussing what we could do with the song and after talking many times we both agreed to invest and release a picture cover 7″ with full artwork and promo video. I also spoke to Skeme Richards as he is a DJ I respect and asked him his thoughts on the track and our release plans, he was very positive and supportive telling me for sure that I had to release it and should definitely go ahead.

Our first problem was there only being one surviving cassette copy of the track, so it was too valuable and risky to send by post from China to the UK. We had to wait until I returned to Kunming, China and physically pick up the cassette to bring it back to the UK. When I eventually had the cassette back safely in the UK I had it professionally ripped to a digital format, I then repaired and cleaned up the audio the best I could and made a couple of slight edits in the song. I then sent this version to Eprom studios for final mastering, so at this point we had the A-Side ready to go.  Kris and I contacted my friend Mark Cursa and we discussed and planned with him our vision for the design, artwork and a short promo video for the release. Alex Foo was also helping with DNA records from Sydney, Australia and also helped a lot with organising and the preparations for the release. Now all we needed to do was find a B-Side for the vinyl and get that locked down.

We had a long think of what to put on the flip side and I thought about working with my old friend Sam Debell aka Peoples Rhythm, who has worked with me on many tracks providing afro-Latin percussion. Sam and I decided to put together a track featuring several people living in Kunming, China and I also contacted MC Didjelirium who lived in Shanghai but had relocated back to his homeland of Tahiti to provide some mc vocals.  All of the artists on this track I have personally been making music with and doing live shows on and off for years around Asia.  The hardest thing in making this track was coordinating busy musicians that live around the globe in different time-zones.  I put together some beats and a bassline and edited together the track from their percussion loops, instruments, vocals and then added Didjelirium’s MC vocals to make the track “International” which is loosely based on a Fela Kuti track.

Next step was to begin the production, so after all the tracks were mixed and mastered by Eprom in Poland we sent off the finished audio for the lacquer to be cut. Just after our lacquer got cut the fire in the USA at Apollos where the majority of lacquers are made hit the news and caused a big panic and shortage of lacquers to make vinyl around the globe. Luckily ours still got cut before the panic caused problems and I received my test presses. To my dismay there was a slight problem in the audio in the test presses which was, the stereo wideness of the audio was vastly reduced, almost but not quite to a mono recording. I now had a big decision on whether to just accept this pressing and carry on with it or put my foot down and recut, risking extra expenses and taking months due to the lack of lacquers around the world. After a hard think I decided even though it was risky and an expense to recut the lacquers for this release it had to be done as I just wanted DNA recordings to put out the best vinyl we possibly can. After a month or so I received the new v2 test presses and they sounded great, we were really happy and all was finally ready to go into production.

1 week before my vinyl got pressed by the plant Covid-19 struck and everywhere got locked down, as with everyone around the UK my wife and myself lost our jobs. Luckily the government bought in rescue plans and I started to receive furlough pay so still had 80% my income for us to get by on.  It was a worry for me as I had invested so much time and money into the project and created a little buzz about the release and it was starting to look doomed and fizzled out.

Eventually as Covid-19 started to reduce and the lockdown eased the plant reopened and we were able to get the pressing done and here it is. We are all so happy with the release and glad we all stuck it out and didn’t give up. It is a bit of a worrying time to release a record with big expenses as a lot of DJs have lost their work and money is tight. So, at this point we would all like to thank all the DJs and music lovers that have already and will buy this release, it really means a lot and Kris has been super happy to see his late Father’s work travel round the globe and be enjoyed by new music lovers.

I would like to thank everyone that made this possible Barry at Alchemy, Tony for all pressing and printing services, Alex Foo, Kris Ariel, Sam Debell, Eprom, Kev at Dinked, everyone who stocked and pushed the release and of course Robert Torres for your awesome song R.I.P.

I hope you enjoy it!

In addition to Falcon Claw – DJ DSK has just released volume 4 of his DNA edits featuring 2 great new edits. Side A is an edit of Donna Summer – “Bad Girls” and on side B he edits Inxs – “Need you tonight”.
You can check out audio clips and grab both 45s and more from djdsk.com 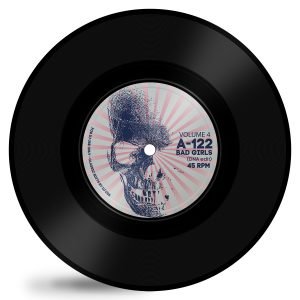 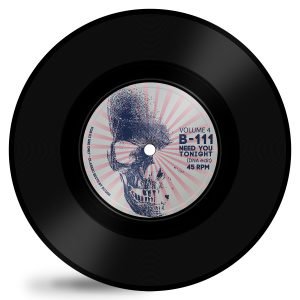