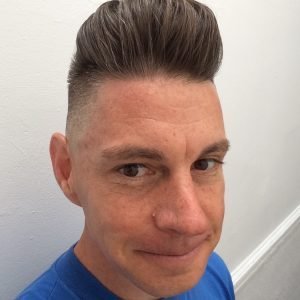 When and how did you first get into DJ’ing and is there any particular DJ’s that inspired you then and now?
I started DJing in 1997 after a few years of being heavy into the 1990s San Francisco rave scene. A few friends had turntables and were DJing and I caught the bug. Initially I was inspired by house/breaks DJs Jeno, Garth, DJ Dan, Doc Martin, Mark Farina. Now I’m inspired by a lot of DJs I’ve found on Twitch. Too many to mention.
You have a very eclectic record collection with lots of different styles and genres. Can you tell us about your 3 favourite genres and why you love them
I love Latin Jazz, Dub Reggae and Boogie. I’m a huge Cal Tjader fan and he’s my favorite vibraphone player. His early LPs, “Mambo with Tjader”, “Ritmo Caliente” and “Latin Kick” got me into everything latin jazz and I’ve never left. For Dub Reggae, I love the psychedelic elements of the production and heavy grooves. Anything by Sly & Robbie, Scientist or Mad Professor gets me going. I’m also a big fan of Boogie or mid-tempo disco funk. That 108-118 tempo is perfect for me and since I love 70’s funk and disco house, boogie is the best of both worlds.
Over the past year you have been regularly streaming on Twitch. How have you found the experience, how do you see it going forwards now that some countries are coming out of lockdown, and what tips do you have for streamers?
For an unknown DJ like me Twitch has been a wonderful experience and a genuine pleasure. I really enjoy being able to play long sets in an open format with all my records available to me. As a viewer myself I’ve connected with dozens of like minded DJs from around the world.  I love the community and truly enjoy watching some of the medium/smaller channels as I feel it’s more intimate and authentic than the larger channels that have hundreds or thousands of viewers.
I think DJs on Twitch will continue to grow, utilizing a hybrid of the home streaming and IRL bar/club streams. Tips for streamers – present yourself and your music thoughtfully. The visual and audio elements are equally important. Good camera placement and a full clear audio signal helps tremendously. If you are using a mic, make sure you can be heard without it distorting. Also have fun with it and take chances with your selections.
You are currently based in San Francisco which I absolutely loved when I visited many years ago. Can you tell us about some of your favourite local places to spin and to dig for records?
I’ve DJ’d around SF, mostly at bars and small clubs. I enjoyed DJing at The Tunnel Top, The Boom Boom Room and Iron & Gold. Some quality digging spots are Originals Vinyl, Groove Merchant and Amoeba Records.
I know that you are not just a 45s DJ but is there any particular 45s that you have been searching for or would love to own?
I’m really bad about tracking my wants and listing my collection. I’d love to grow my jazz 7” collection. Anything by Art Blakey, Horace Silver, Cal Tjader or Hank Mobley.
During a recent stream you played a clip of you from the updated version of Star Wars: A New Hope. How did this come about and what was the process of adding you to the original film?
I worked at Industrial Light & Magic for 7 years starting in 1996. At that time I was an intern and they were cleaning up the visual effects for the original Star Wars trilogy. One day I was told to go “help out” on one of the stages and they asked me to put on a Rebel mechanic costume and stand in front of a blue screen. They took a still photograph of me and then later digitally composited me into the the Grand Throne Room scene at the end of Episode 4: A New Hope (Special Edition). It was surreal. I was a huge Star Wars kid, got my dream job at ILM and then somehow by luck was put into the original Star Wars film!! Right place, right time I guess. I later worked as a visual effects editor on the Star Wars prequels, Galaxy Quest and Harry Potter 2.