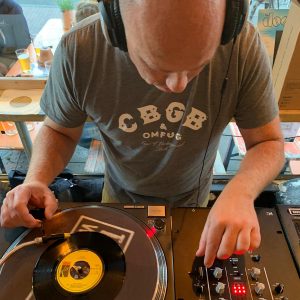 DeltaCelt (aka Ray Mead) is an enthusiastic disc spinner and blues guitar player based on England’s South Coast. Ray has collected records for years and has only recently discovered DJing; for him it is something that combines his love of records with his love of live performance.

His musical tastes and styles are broad, from early blues and rock and roll, through to classic rock, post-punk/new wave, ska & reggae, via 60s beat, 70s funk & soul, 80s pop, 90s indie and anything in between.
Ray is predominantly a 20th century boy but will also spin the best new music. If it’s good, it gets a play, which means anything could turn up on one of these mixes.