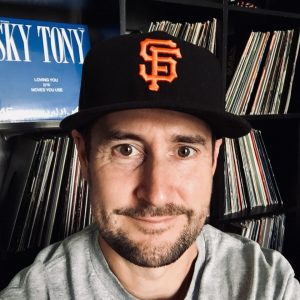 Benny Gogz began DJing at the ripe young age of just 15 where his influences were largely Hip Hop, Drum and Bass and Old School Hardcore. But like anyone in this industry he was then influenced by House Music at the age of 17 after mixing commercial dance music with a close friend every Friday and Saturday at a nightclub in Shoreham-By-Sea, West Sussex, called Recessions. All it took was one decent proper underground house vinyl from DJ Sneak’s – Polyester EP, which grounded him into his passion for Deep and Soulful House. His first exposure to the growing music scene in Brighton, came in the form of a pop-up radio station named “Energy FM”. The station scored a performance licence for one month only during the summer of 1996, where he was given the drive time slot on a Thursday playing Funky and Soulful house. The radio station introduced him to likeminded people and the incredible local talent who owned their own record stores in Brighton, such as Dulcie Danger’s Danger Trax Records and Mick Fuller’s Urban Records. Like all opportunities it opened doors which led to longtime friendships and to DJ in bars and clubs across the area including: Hector’s House Bar The Escape Club The Ocean Rooms Greens Bar The Zap Club Music Library Club Lo Lounge Club. He was fortuitous in Worthing to play at the The Frog Pond a then local bar. The popularity of the evening inspired the owners to open a club called the “Q Club”. He supported some big-name DJs including the late Paul “Trouble” Anderson and Lenny Fontana. In 1998, like all good stories there had to be end and he decided to hang up his headphones to travel to the USA to play baseball and on his return in 2000, Ben with a longtime friend formed the Lounge Kings which largely played guest spots at the usual haunts for the likes of Mike Gorgeous and Juice FMs Mick Fuller throughout the naughties. After having kids, DJing really took a back seat until Ben moved house and his neighbours had a house party. It’s at this party where he met Kutclass and Constance K where he was introduced to the 45 phenomenon. Ben became addicted to 45s when he realised he could buy vinyl again cheaper than the price of a coffee. Charity shops became a new haunt looking for the OG’s that inspired many of the house tracks purchased and played over the years.