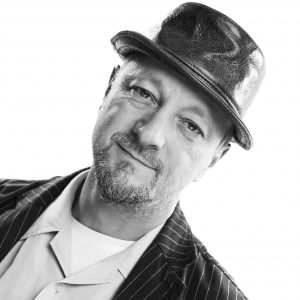 What record(s) was it that made you want to start Jazzman and what did you want to achieve when you started the label?

During the 90s I was a record dealer and the records that were in demand were getting harder to find and the prices were going up and up. This was before the internet, if you wanted a record you had to go out and find it – not easy and it required a lot of time and legwork. Demand wasn’t slowing down so in a simple ‘supply and demand’ scenario, it meant that if I couldn’t meet the demand then I had to increase the supply instead i.e. reissue the records myself. There were a few companies already at it, notably Soul Jazz in the UK and Luv n’ Haight in the US, and there were countless bootleg comps too. The sheer volume of good music that hadn’t been reissued properly meant that there was plenty of space for another reissue label in the market – the problem was I hadn’t a clue how to go about it. I had no idea about mechanical royalties, publishing, licensing etc etc and there was nowhere to learn. I knew I wanted to do it properly and with respect to the artists, I’d see all these rock and pop albums from the generation before me that had been reissued, I thought that there must be a way to do it like that for jazz & funk too.
Then in 1997 I was at the home of Boston Bob, a record dealer from the Boston area in the US who was well-known for supplying the hip-hop community in NYC with their beats. I’d trade him UK records with breaks for US records either for myself or for selling. He had amazing records and a good ear, and he played me an obscure pic sleeve 45 by someone called Kathleen Emery because it had a funky version of ‘Evil Ways’. The golden rule of researching 45s – as drummed into me by Malcolm Catto – is to always check the B side, even if the title suggests it might be rubbish. So I flipped it over and ‘Sometimes I Feel Like a Motherless Child’ beckoned, which didn’t fill me with hope. So I gave it a go, and when the drum and bass kicked in…wow!

How do you go about sourcing tracks to licence and what does the process involve?

As a music lover I was first and foremost a collector who just enjoyed the music, a dealer second and a DJ third. My whole life revolved around music and records, 24/7. So I was pretty well tuned in to what was going on around me, as well as developing my own personal taste. So when it comes to selecting tracks, I do a bit of both i.e. some tracks that are popular and in-demand, and others that I like personally. I was influenced by what I’d read on the liner notes to some of the Blue Note reissue LPs from the 1980s. They stated that the owners of Blue Note, Alfred Lion and Francis Woolf, would release jazz albums by big-selling artists such as Jimmy Smith and Horace Silver, and they’d use the proceeds from those records to fund releases of records that they themselves liked, but knew they wouldn’t sell well, such as Horace Parlan and Andrew Hill. I thought that was a great idea, and I still (try to) follow that ideology today.
Anyway, once you’ve sourced the idea of the record you want to release, it’s a process of finding the copyright holder and making a deal with them. In some cases it’s a record company, in others it’s the producer or artist themselves. I much prefer dealing direct with the artist, for me it’s not only a great honour but I also feel like by reissuing their music properly, getting them paid and telling their story, their place is cemented in history.
Most of your releases are double AA pressings. How do you decide on pairing tracks that will go together well?
For the Jazzman 45s, it was either the same artist each side, or a male vocal/male vocal, or two library cuts, or just similar styles of music. There’s always a connection between the sides one way or another, it’s never random or arbitrary.
There are many re-issue labels around now many of which are bootlegs. What is your thoughts on those and what is it that you think makes your label stand out?
Bootlegs are depressing. I’m not sure if the people who do them know the damage they are doing. They do them for easy money. They justify it by saying ‘Oh, we can’t find the artist, or they’re dead, and soooo many people really want the record, which is sooo rare and expensive, so why not just reissue (bootleg) it?’. Which is rubbish, of course. It’s just lazy and greedy. They may not be able to find the artist, or they may well be dead, BUT there is still someone who owns the copyright, and there is bound to be somebody in the band, or a family member, who is still around. If these people can be contacted, then some information can be shared, and a legit release may come about. But the bootleggers can’t be bothered, or aren’t interested in the first place. Which means that the true story behind that record will never be known. And that’s where the damage is done. They’re like metal detectors who find a hoard of gold, and steal it all for their own profit, without allowing forensic or archeological excavation to take place. As such, it’s a loss to humanity. You may say I’m exaggerating, but as far as I’m concerned the music I reissue is affording it a place in history, like I said before. This is why I spend years tracking down the artist, and why I take a lot of time and effort to include informative liner notes with every release. Suffice to say, there are many legit labels that can’t be bothered to do this either, which is disappointing to say the least.
In this day of digital what do you think that 45s remain so popular and how do you compete with online selling sites such as Discogs.
I sell on Discogs, I have no problem with that, it’s an excellent interface. But 45s remain popular because people love them. Another one Malcolm Catto taught me, ‘People love sevens’. Seriously, people love them. I think they love them more than an LP collector loves their LPs. Possibly because of their forthright honesty and simplicity: a 45 has about 3 minutes to make itself heard. No extended remix bullshit, no extra LP tracks to pad it out, no boring repetitive noodling for ages and ages. Just 3 mins to grab the listeners attention and make them listen. It’s that immediacy, a concentration of energy into such a short time period that’s so compelling. When you put your heart and soul into something and you only have 3 mins to do it, you better make sure it’s good. And that’s why hits are always singles, because it’s that single burst of creative energy that demands and gets people’s attention.

You can buy Jazzman releases directly from their website – https://www.jazzmanrecords.co.uk/

Find out more on the social pages