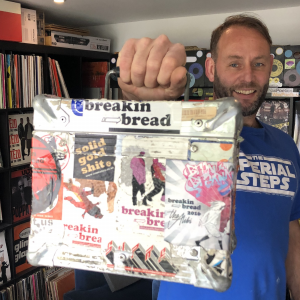 45 Day Mix 2022
45 Day Mix 2021
45 Day Mix 2020
Breakin Bread have been rocking London dancefloors for over 20 years. Starting off in a pub in Stockwell, Skeg, Rob Life and Tufkut been flown all over the world to play their 45s, Their record label was launched in 1990 releasing 45s as part of the the sevens series and their bi-monthly radio show is a platform for the worlds best purveyors of soul, funk, hip hop, disco, breaks and of course lots of 45s!.
breakinbread.org
Skeg 45 Day Interview
Facebook Instagram Mixcloud Twitter