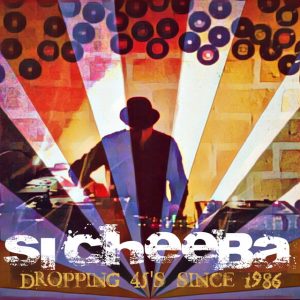 45 Day Uplifting Mix
Starting off in the mid 1980s mod scene buying 1960s soul, jazz, RNB, Ska and Latin 45s as a school kid.
First started officially DJing at events in Manchester area from 1986 onwards. By the end of the decade the genres expanded into the 70s side of funk, jazz, reggae, and breaks combined with new productions from across the world .
1991  saw the first Cheeba-Cheeba session in Manchester which led to my “monicker” many other nights and guest spots across Manchester and the North of England during the 1990s.
Relocated to Essex in 2000 and became involved in many nights across London and the Southeast including The Black Cat Club , Butter Yo’ Popcorn and a regular guest on rotation at Good Foot @ Madame Jo Jo’s.  Played at various funky club night across the U.K. and Europe – as well as festivals such as Kendal Calling, No.6 Festival and IOW.
2015 saw a move to rural Scotland where have spent the last few years concentrating on more studio based endeavours  – productions, re-edits, dubs and mixes – along with regular monthly radio shows – Echo Chamber on Totally Wired Radio and Diggin’ on Ship Full of Bombs.
Facebook Instagram Mixcloud