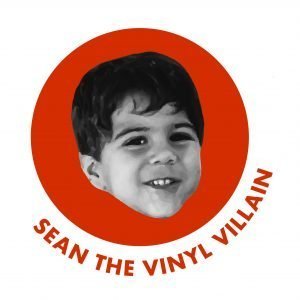 45 Day Mix 2022
Sean the Vinyl Villain is from Toronto, Canada who began djaying and collecting vinyl records in 2001.
While he listens and collects most genres of music, Sean mostly spins 60’s/70’s/80’s soul, funk, disco and boogie.
Aside from djaying and collecting records, Sean also hosts his own web series called ‘Diggin’ in the Crates’ where he and his guests chat about some of their favourite records.
You can watch Diggin’ in the Crates series on Youtube at the link below and check out his mixes at mixcloud.
Youtube Instagram Mixcloud