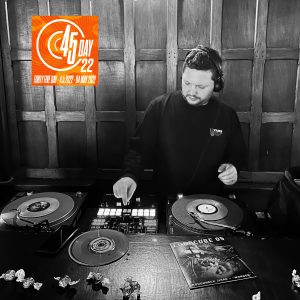 Having been a driving force in the UK Turntablist scene for the last 10years Kutclass gained global notoriety through his debut release ‘Combinations from the masters’ on Cut&Paste Records, considered a must have record for any serious scratcher. Kutclass still cuts it up fresh claiming 2nd place in the global Cut2cut musical scratch battle and 2nd in the Portablist lounge scratch freestyle battle in 2021. Now running his own label JUSTGOODBEATS since 2018 with a focus on releasing sample based music from the ‘beats’ scene on lathe cut records.  Catch him spinning anything with a beat to make your head nod.