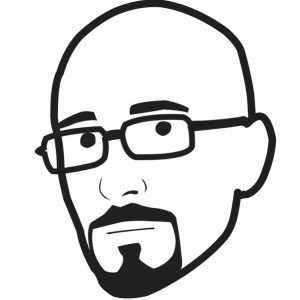 Always in love since a child with legendary artists such as James Brown, Barry White, Luther Vandross, Marvin Gaye and other great names, his musical initiation took part as a half-time radio producer & vinyl collector and then as a professional dj-turntablist by the passing of time.

His major entrance in the battlefield of decks, took place at the 1992 Greek DMC Contest, where he won the 3rd prize twice (’92 & ’93) and a bright new career started since then.

In 1996 he joined forces with “Goin’ Through” one of the most respected and long-living hip-hop groups in Greece, touring around the country as their official dj and earning in the following years 2 golden plaques as their side music producer.
Dj “S” was also a video-dj and one of the main hosts of the “Streetbeat” TV show, from 04 until 08, the most successful hip-hop music TV show in Greece on Mad TV channel.
In the following years he perfected his craft as a multi-talented music producer, experimenting with vintage black sounds and reviving old-classics in the form of remixes which made a serious impact among the internet and on his YouTube Channel which counts thousands (over 260k) of faithful followers!

As far his near future projects concerned, he has formed a production duet along with Greek Dj Chairman called “Senior Citizens” who specialize in diggin’ old samples from the 50’s, 60’s & 70’s and givin’ them a new breath of life which is called Adult Oriented Soul!

To say the least, his brilliant work took the ear of many well-known radio producers in countries such as United Kingdom, France, Italy and are being played in heavy rotation daily!