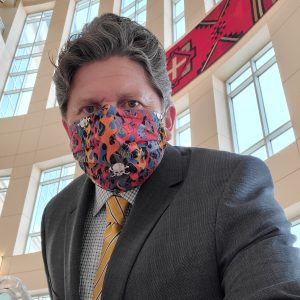 DJ Kayote is a Disc Jockey and Attorney at Law in Albuquerque N.M. His focus is mixing first edition Lp, 7”, and 78 rmp records with an ear towards Hip Hop and Graffiti Culture. He began collecting records in 1989, and began DJ’ing in 1996. In 1998, Kayote found a niche DJ’ing B-Boy and B-Girl events such as the Cold Crush, Breaking Hearts, and Phunky Foot Rhythm Shows in Albuquerque New Mexico. He DJ’ed on the premier local Hip Hop broadcast on KUNM’s Street Beat from 2001 until 2009, until receiving felony charges for allegedly thieving from the stations record vault which contained promo vinyl dating back to 1973, many of which had not seen the light of day since. The charges were dismissed. He currently owns and operates Serpent City Records, focused on pressing Hip Hop vinyl. The latest 7” release is an ode to the old days of record collecting titled, “Robbin’ Disco Breaks” which takes a cue from the prior criminal charges.