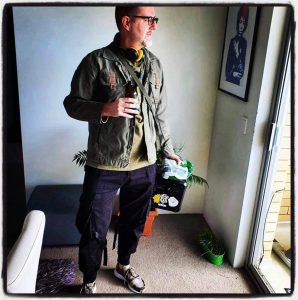 DJ Fib is a turntablist from the golden era of Hip Hop when scratching was king. A lover of the Funk with an extra penchant for P Funk and G Funk. Part of the legendary KGB Posse outta Brisbane, Fib created the early music content for Hype Magazine, and was a serial mixtape producer before collaborating with Jigsaw Geoff to produce the original Blunted Stylus release Hempatitis on the fledgling Hydrofunk records. He somehow survived the 90’s and beyond and is active on the mixer hosting multiple radio mixshows and podcasts and DJing live around Australia.