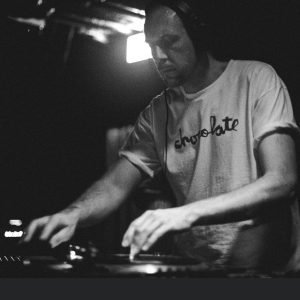 ‘Starting out as a hip hop DJ, producer and sound engineer in the mid-1990s, Dema soon created his musical path gliding seamlessly through a variety of genres, always with a skillset of a hip hop DJ. By the year 2000, Dema and his Dj partner Mr Nice formed the Freakmenoovers, bringing a steady run of club residencies to Glasgow, a city with an industrial heritage and musicality. Their notorious night, Freakmoves saw guests such as DJ Premier, Marley Marl, and DJ Qbert to name but a few. After they closed the night on a high, Dema joined forces with the Lucky Me crew, playing exclusive parties and breaking boundaries with music and art.

Now he spends his time changing the planet for the better as an Urban Designer, but music is always his first passion and although he has taken a step back from regular club Djing, “you have to let the younger generation take over club music, it’s their party” he still plays regularly in smaller venues and on community radio shows.’

A hip-hop DJ and Producer since the late 1990s, Dema