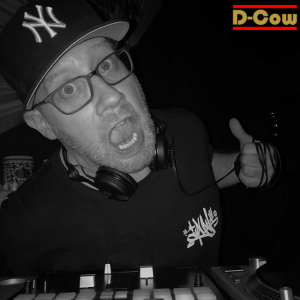 Rest assured D-Cow is no stranger to a set of 1200s, as a member of Syd Def Jam, Play Sydney & The Forty Five Kings, he has also guested along side The GrooveDealers, he has played sets around Sydney and Melbourne at a variety of venues as well as streaming sets online via Twitch and over the airwaves you might of caught him on Paris Pompor’s ‘Jumping the Gap’ show hosted on 2SER or guesting on The Black President Show, a mix radio show hosted on Sydney’s Koori Radio.  Originally from Scotland, from a young age he has always been spinning, to date has over 30 years experience & is now a Sydney resident and specialises in hip-hop, funk, soul, boogie, disco and breaks.