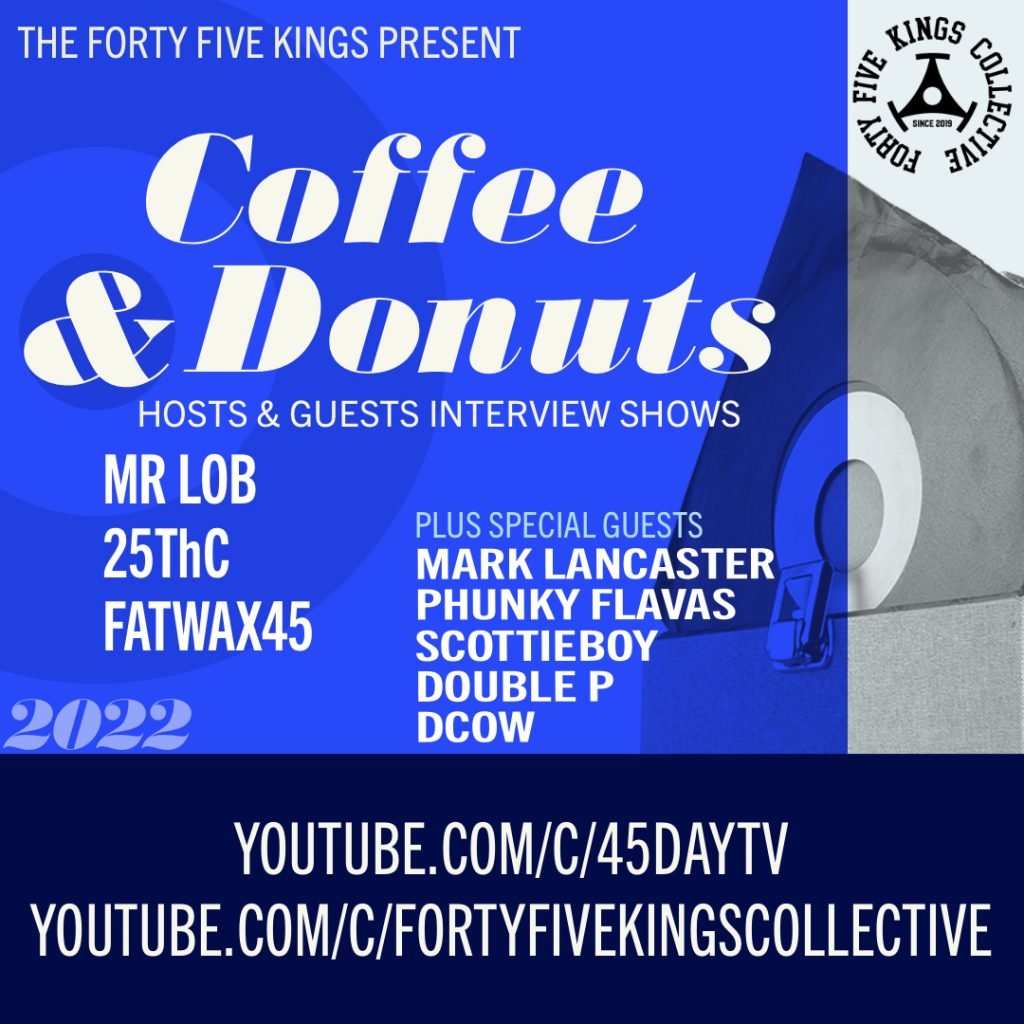 Coffee and Donuts – the weekly Saturday morning show on the Forty Five Kings Collective Twitch channel hits 100 shows / 2 years on 17 September 2022. In advance of this Criztoz spoke with his co-hosts Mr Lob and Fatwax 45 and some of the members of the collective who started off as viewers of the show, then became guests and also stand in hosts. In the final episode Mark Lancaster interviewed Criztoz.