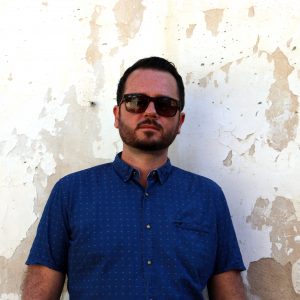 Why did you decide to start Matasuna Records and what advice do you have for anyone thinking of starting their own label?

It all started in December 2015, when my good friend, Berlin based DJ & producer Voodoocuts, was my guest in Zurich, where I used to live, after we had played together at a party. We both had finished some tracks but hadn’t found a label for a release at this time. We had toyed with the idea of starting something ourselves – but since there was no idea how to bring it all up, it was just a vague thought. Finally we decided to make an EP together, which should be released on my yet to be founded label.

After that there was a lot of research and work to get some knowledge about what it means to start a label and especially to release on the physical format vinyl. Also to look for and select possible partners (graphic designer, mastering studio, pressing plant & distributor).

But the most important point is the identity of the label and the question of who you want to reach and how to do that – so it’s all about business considerations. The difficulty is that you don’t have any key figures to back them up. In our case, we both had the tracks as a demo on Soundcloud and could get an idea from the plays and likes whether a physical release would be of interest.

The rest is history: the debut release – the Afreaka EP! with four tasty Afro-edits – hit like a bomb, attracted a lot of attention and was completely sold out within a short period of time. Meanwhile the EP is sold at Discogs from 55€ and more.

Finally, I would like to say that you should definitely find your own way with your label. Listen to your feelings, take risks, don’t copy others and just do what convinces you and comes from your soul.

The majority of the releases on the label are 7” vinyl and always sell out. Why do you release on this format and why do you think the label has been so successful?
If you look at the path of releases, the 7inch format was not the first choice – there has been 2 EPs and 2 LPs before the first 7inch was released. This turned out to be a good option. The 7inch has always been very popular – but especially in recent years it has experienced another boom, as many DJs, crews, collectors etc. have pushed this medium. Personally I also favour 45s: small, compact and light – ideal for DJs. In addition, you always have your favourite track at hand – no need to study record covers or search the record for the right track.

But that the 45s have been so successful from the beginning was not a matter of course. I think that on the one hand the choice of the right projects was decisive, but also that the label was able to build up a name and a fan base during the years. This has certainly led to continued success.

Some of the releases include reissues of hard to find songs. How do you decide which songs to reissue and how do you go about licensing these tracks?

As I said at the beginning, you should trust your feelings and do what comes from your soul. I‘m very happy that the buyers of Matasuna trust my intuition and follow this path with me. The inspiration for the choice of the release comes from many directions: songs that I love for a long time, recommendations from friends, through digging vinyl or online research.

The difficulty is always to find the rights holders. Since the originals were often recorded 40-50 years ago, it‘s anything but easy to find someone after such a long time. Often the labels no longer exist or the musicians have passed away. I have some projects on stock, which I‘d love to release, but it fails exactly because of that – of course these won‘t be released. The hope remains that one day I’ll find someone after all and to drop that release.

It‘s important to bring creativity and persistence to the investigation. Without these qualities it will probably not work. Fortunately, over the years, this has allowed me to complete a number of licensing deals and make some amazing releases that I never would have expected a few years earlier. However, it is often difficult with major labels, because there has been a real monopolisation and it has become fixed on a handful of global players. Many great small labels and their complete catalogues have been literally absorbed by them. So you bump into them more and more often during your research. As a small and independent label with numbers of only a few hundred copies per release, there are not open doors. Often there is simply no feedback on requests. Or they hold back catalogues for their own reissues – since they‘ve noticed that vinyl can make money again.

Although it’s sometimes a bit frustrating, it’s still exciting, and especially when the fresh pressed record is in your hands after a successful licensing, you are highly satisfied.

Although there is a very strong demand for reissues, I‘d like to not only focus on these with Matasuna. Fortunately, there is also a huge potential of new and contemporary music which is worth listening to and being released on vinyl. With various artists like Dem Juju Poets, Banderas, Mr. Bird, Professor Wouassa or the two mentioned bands I‘ve gone down that path. Although they often don’t sell in the same quantities as reissues, the combination with them gives me the artistic freedom to put off such releases from time to time – even if they are not always financially viable. Nevertheless, these releases also form the Matasuna sound and thus reach a wider range and increase awareness. Another example of fantastic contemporary music will be heard with the next release in June 2020. I don’t want to give too much away yet, but I am thankful that the project can be realised after a long period of preparation and comes to light with the help of a friend from Lisbon. It’s a local musician with roots in Angola, who releases very unique and special music. You can be excited!

The 45s often have a contemporary re-edit on the flip. What in your opinion makes a good re-edit and what producers have you used?

The ability to add a contemporary edit alongside the original has proven to be a good option. The original serves the purists who like to have the original version on 7inch, but also DJs who prefer an edit for DJing. It‘s important that the two versions stand out from each other but complement each other. Especially the edits don’t have to destroy the organic vibe of the original – there’s nothing worse than putting songs into a tight corset and putting simple digital beats underneath. The result is inharmonious and not coherent. Furthermore, the edits should correspond to current listening habits – e.g. through re-arrangements, new rhythm patterns, additional instruments and effects or even new in/outros. Of course looping and extending certain passages is also a well-known stylistic device of edits/reworks.

Resense have also just released two 45s with your edits/remixes. How did you first get involved with the label and can you tell us about the new 45s.

Long before I founded the label, I was already on the road as a DJ & promoter and founded the platform “SoulBrigada” in 2009 together with my friend & soulmate Fabio. We started producing in 2011 and could celebrate our first release in the same year: a remix of a track by the Gilles Peterson Havana Cultura Band, which was released on a limited 12inch. Over the years we have continued to produce, although due to a spatial separation – he lives in Zurich and I in Berlin – I have been working solely on the musical projects.

My musical socialisation has been mainly through rare grooves like Funk, Soul & Jazz, to which I am still connected and pay tribute with my edits. Since there are not so many labels nowadays that publish such edits, I found Resense while searching for them. The label had built up a great reputation in the DJ scene over the years, but also developed further in terms of sound – away from the mashup stories & tropical sounds more into funkier realms. So exactly what I was looking for. The guys immediately digged my demo and so the first release was made: Resense 046, which was released in August 2019. The single sold great right from the start and also had good positions in the Juno sales charts. I worked on more tracks and presented Resense in early 2020. Since they were down with it again, we put on the new Resense 048, which was released in May 2020.

In my edits I look for special, not so well-known and often used songs. I don’t have to do the 100th James Brown edit… As answered in the question above, I am careful with my work, keeping close to the original and not tearing it apart – all with the idea of keeping it natural and organic. One focus is always on the beats: I also try to use varying drum kits. In the original, the drummer doesn’t repeat a 4-bar phrase and plays the exact same beat for 2-3 minutes, but plays more dynamic and varied. I think this is one of the reasons why the SoulBrigada edits go down well. 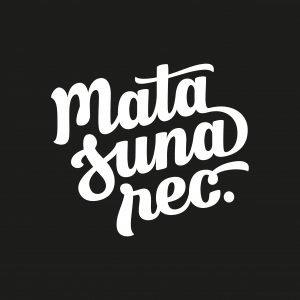